At last the time has come to tell you about the city that gave birth to me: my beloved (and hated) Napoli! Loved and despised in the world, Naples is the symbol of Freedom, Creativity and Anarchy of our people.

Among the most talked about cities in the world since ancient times: before beloved by the Greeks, then the Romans, and later by France and Spain, it remains the strongest symbol of a south that even among many difficulties is always able to recover from a “blindfolded ” destiny. 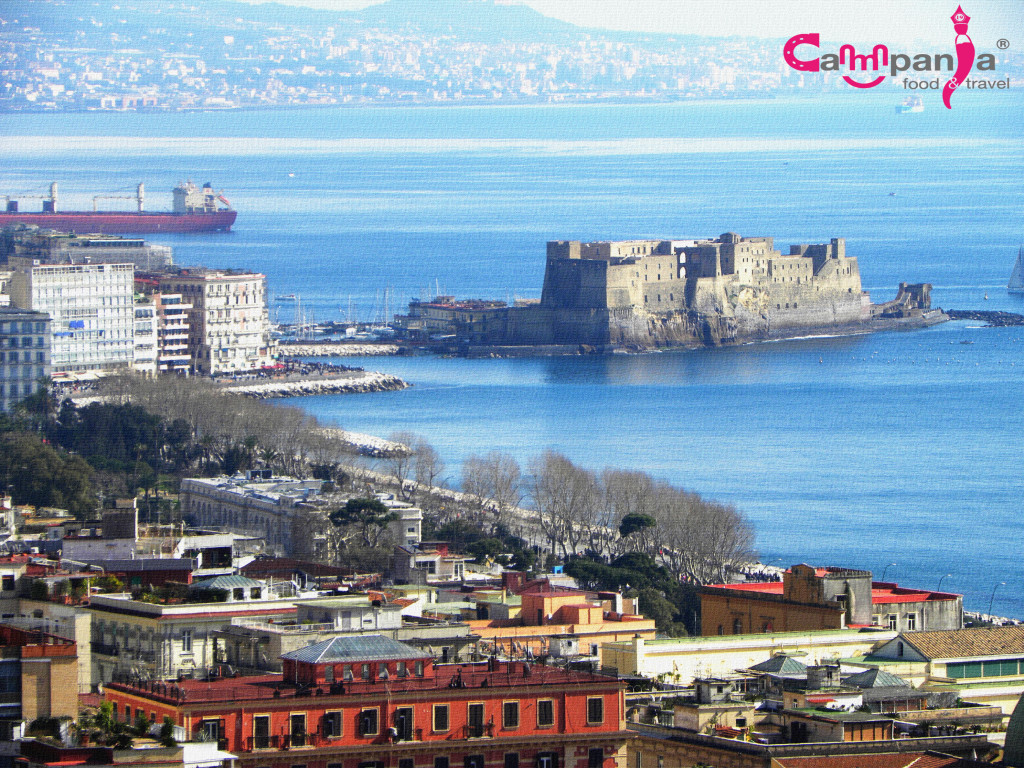 Attracted by the beautiful scenery, mild climate and the cultural and political vitality , the offspring  of ancient and noble European families were often in Naples during the Grand Tour of Italy and Europe: we are around the 18th century.

Naples reaches the highest levels of prosperity – economic, cultural, political – around 18th century  when for nearly 50 years has been the capital, along with Palermo, of the Kingdom of the Two Sicilies

It is easy to see, with all these twists “Royal” twists as the stories about Naples are full of tales born in royal courts, in the castles,  in the alleys and in the underground city.  Naples, for this reason, you may not know in a day, nor will you  understand simply through photos and videos: Naples you have to live day by day. 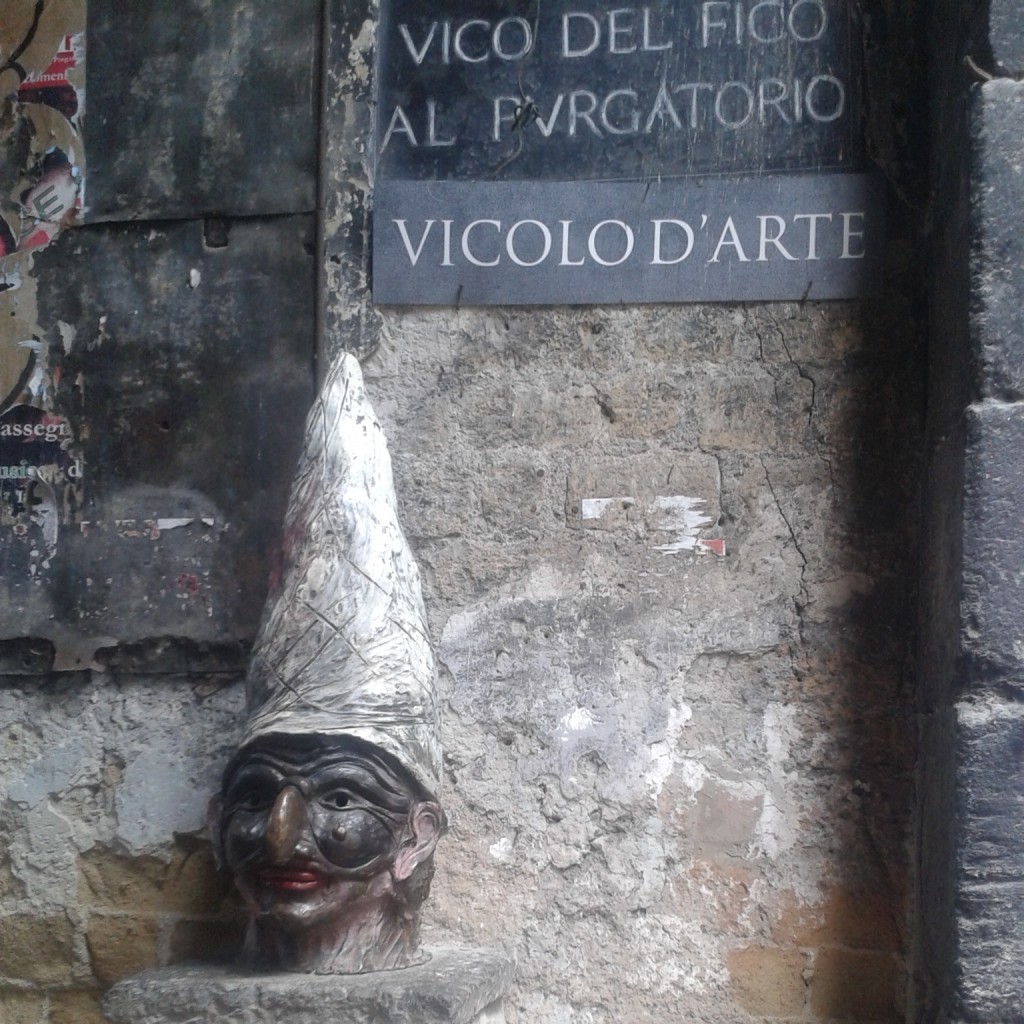 Every alley, every street, every building, brings legends, anecdotes and stories that only a “true”  Neapolitan can let you know: from “Monaciello“ legend, to the Beautiful ‘Mbriana“,  the Prince of San Severo …and so on…   I get excited just to name these characters, famous in every corner of Naples!

And now you come with me and we walk side by side through the most chatted streets of this city.

In Naples you can get in so many ways: cruising, by car, by train, by plane, by bike (someone is successful). The impact we firstly all have is a big Chaos: it is true, perhaps, but remember that from Chaos was born the world. 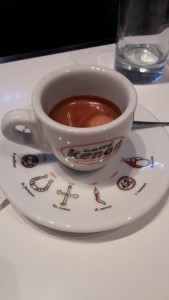 Just after wake up,  the first thing you have to do is pick a nice cup of coffee and, if you’re with friends from Naples, definitely go in the right bar where we can quietly sip.

Remember that every  Neapolitan will take you to his bar of trust: “Here they serve the best cup of coffee!”

In our walk I would say to start  from Piazza Garibaldi station area, the Chaos navel.  For the uninitiated ones, here, in the Kingdom of the Two Sicilies, it was born the First Railway in Italy (Naples – Portici), one of the reasons why I recommend you to visit the railway museum of Pietrarsa, located about 15 minutes by car from the Centre.

We continue our walk towards the old town: Decumani streets, Via Duomo, Forcella, Spaccanapoli, Borgo degli Orefici. Naples city center is very large and if you want to see far and wide, one week is not enough. 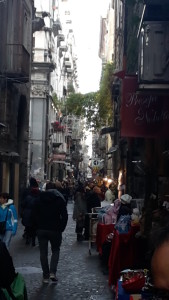 A riot of colors and a combination of perfumes, dialects, exceptional places, usual and unusual … this is the historical center of Naples (Centro Storico).

But let’s go on on our wonderful trip

What we call the historic center of Naples, in fact, is the enclosed area between the 3 main Decumani streets of the city: where the sacred and the profane were intertwined for centuries and where you can discover the most beautiful churches in all Naples. Just to mention a few remember Santa Chiara, the Church of the Gesu, S. Domenico Maggiore, San Lorenzo Maggiore and then must visit “the Cathedral” of Naples, where you can admire the legendary treasures of the most famous saint of Naples and where you will find the biggest and famous “Treasury” : ampoules that contain the “blood” of San Gennaro: the event of its liquefaction is among the most important of the year.

Why I wanted you to do this note? because in reality the city center is also Via Toledo, Piazza del Plebiscito with the Royal Palace and the Teatro San Carlo, Galleria Umberto, with Spaniards neighborhoods (Quartieri Spagnolo) and around the corner the Maschio Angioino Castle.

And then … and then there are other centers in the city: the area of ​​Via Chiaia, Via dei Mille, the seafront with Castel dell’Ovo, Mergellina evening meeting point of  Neapolitans and tourists. 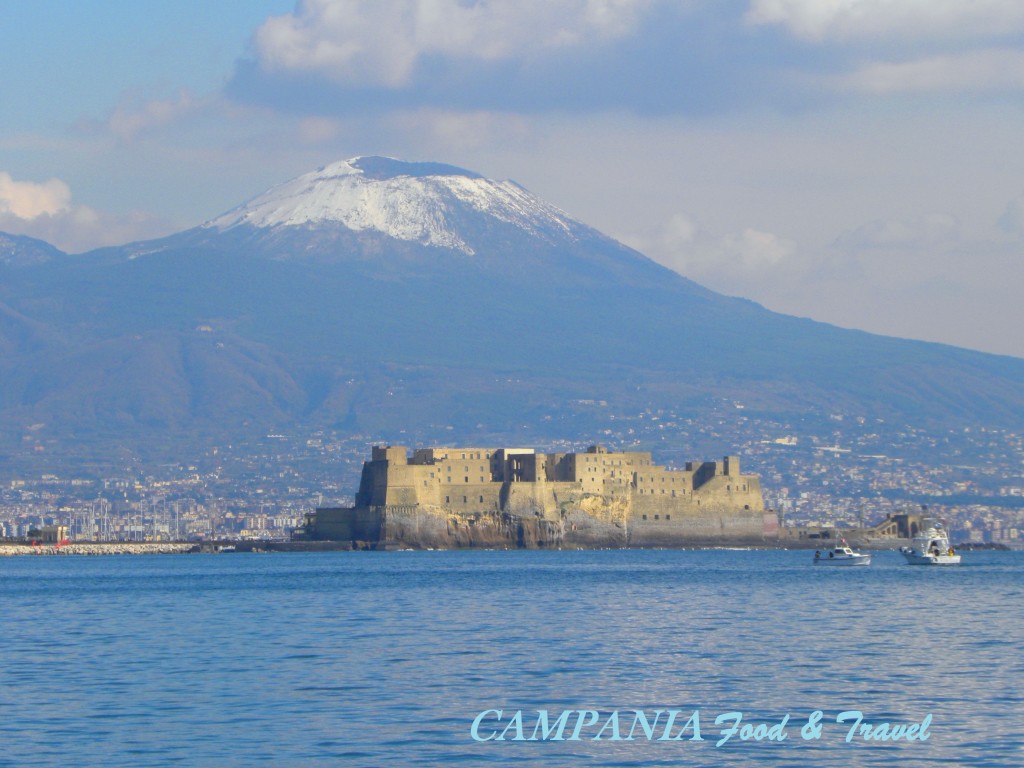 Attached to the area near the Decumani,  there are some of the oldest and most “popular” neighborhoods of Naples where we find: the Botanical Garden, the health district, the National Museum.

And finally not to be forgotten: Posillipo, the Virgilian Park, the Gaiola and the most popular residential and shopping area of ​​Naples, Vomero.

Now I hope you have a broader view of Naples and its neighborhoods.

Just  think that each of these “centers” offers  to  Neapolitans and tourists many activities, places to visit and so much excellent food!

In Naples you can eat at all hours of the day; at any point in the city there is always a kiosk, a pub, a deli and an open oven to delight your palate.

In our walk so definitely, we need to add a good meal of fish to the coffee cup, and absolutely cannot miss the real Neapolitan pizza.  And  close late in the evening a homemade ice cream or a croissant “black & white” makes the typical “sweet night” of a real Neapolitan ! 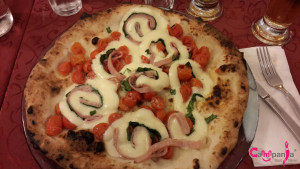 You can not, as they think many, live Naples  in one  day, but you have to enjoy the city gradually: my advice and experience it at least for 5 days.

In the last years Naples has been popular in the world through sports competitions of international level, through art exhibitions and recreational and cultural events: the America’s Cup, the exhibition dedicated to Andy Warhol, the Comicon, just to name a few. 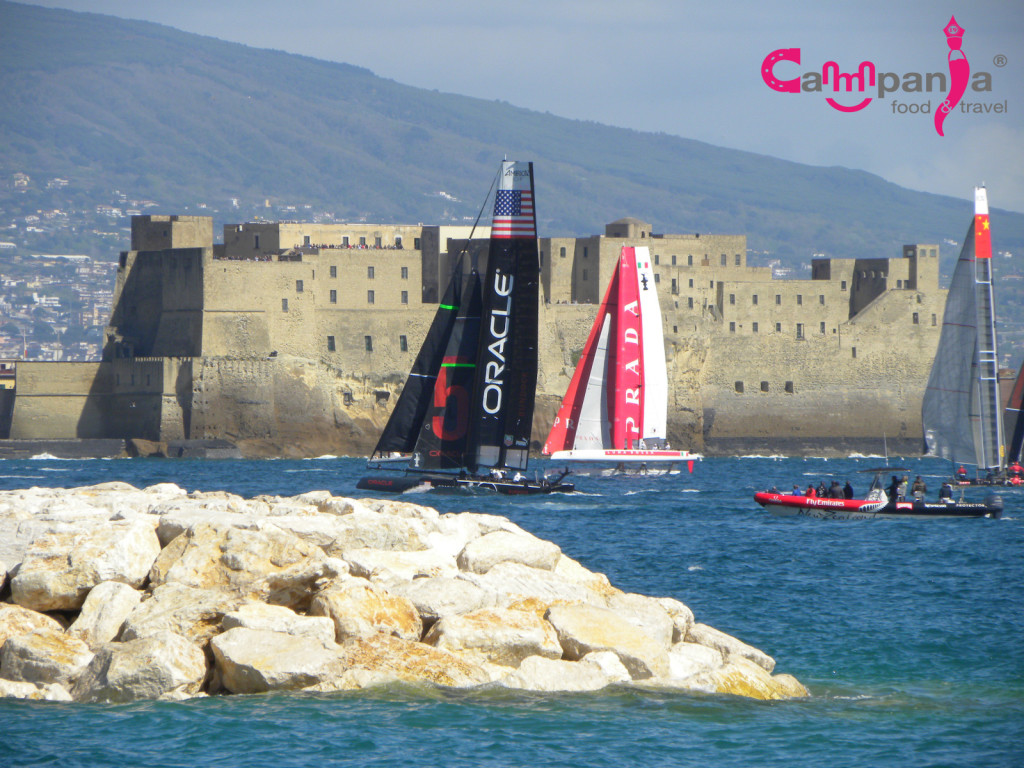 For more than 10 years Naples has become one of the most important ports in the Mediterranean for cruises, natural attraction for the thousands of cruise passengers who visit it every year, even if for a few hours.

Now you understand why it is so difficult to speak of Naples?

Let’s move in the center, I want to take you  in the shops of master craftsmen, skilled artists of eccentric beauty works.

In our walk we can not miss the masterpieces by masters such as Lello Esposito, sculptor and painter, or as Di Virgilio, the famous master craftsman for its “pastori”. 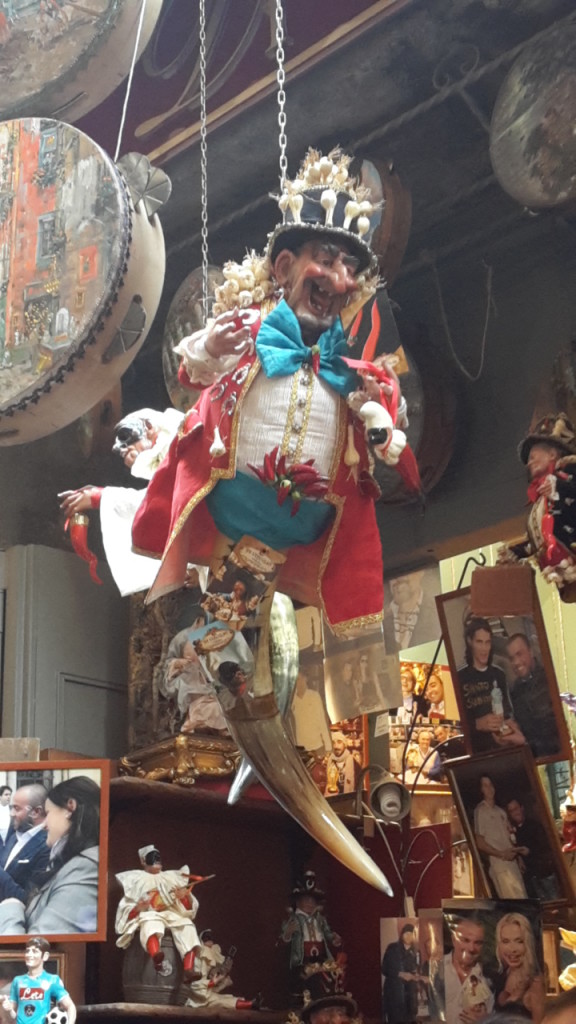 Truly exceptional characters: the master Esposito is known worldwide for his works,  “Neapolitan” creations of the highest level: the metamorphosis “horn”, Pulcinella, San Gennaro, the Skull, the egg, the Volcano.

Di Virgilio master is also known for the Nativity art and its pastors of precious artistic level are dedicated to the sacred representations of  celebrities. But there are tons of shops where you can experience the art of craftsmanship as shops for leather processing, cribs workshops, tailoring workshops, the workshop of the Masters luthiers.

We are almost at the end of our enchanting travel:  a short story that will in no way exceed the thrill of living a few days in Naples, but who wants to be a general overview to invite you to visit it.

I recommend you come in these 3 periods of the year:

– May, with the event “May of Monuments”

– and certainly by the end of November until the “Befana” ( January 6th)  to live the two “C”: the Colors and warmth of the Christmas holidays each year embrace the historical center of Naples in a magical atmosphere that makes our city unique.

From Port’Alba to  San Gregorio Armeno is a unique big , fascinating swirl of colors, flavors and “shepherds”.

And if you will have the chance to see Naples in all three periods of the year, you will be pleasantly surprised by the many transformations that the city undergoes according to the seasons, anniversaries or events.

A Naples to be experienced , to discover its deep soul that you will never forget.

I wait for you  in Campania for the next coffee! 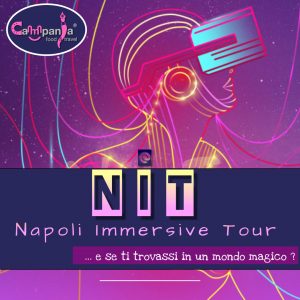